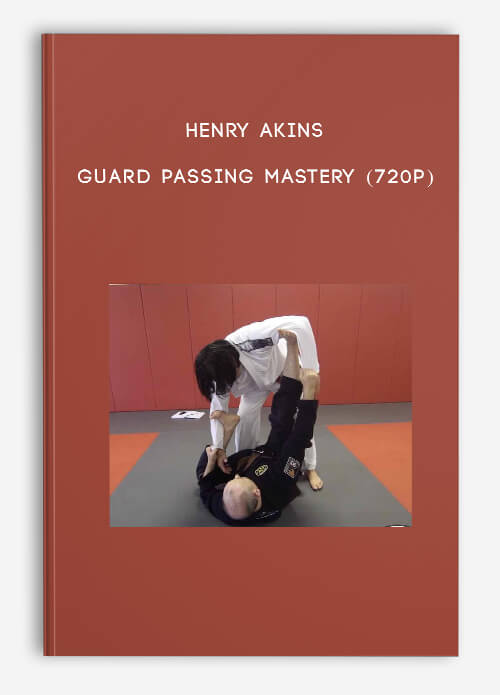 “If you’d like to know how to pass any guard, anytime, without memorizing a single guard passing ‘technique’, then here’s how Henry Akins uses one simple concept to quickly dismantle any style

of open guard put in his way, almost effortlessly, and why he thinks you can too.”

“The practice of this method of guard passing really allows students to experience the beauty and effectiveness of Jiu-Jitsu when it’s done right. Incredible pressure while staying completely relaxed and allowing the mind and body to connect and feel where the weaknesses or holes in your opponents guard is and slip into the spaces.” – Henry Akins

Bruce Lee said “Be like water”. That’s what practicing this guard passing style helps you to do, and the results are nothing short of incredible. Everyone deserves a chance to learn this – Henry”- Henry Akins

And now, lifetime access to the whole seminar, recorded in 720 HD, can be yours in a matter of minutes.

You could be practicing how to master “Avalanche” guard passing today, as soon as you add this Mind Blowing seminar footage to your Hidden Jiu-Jitsu dashboard.

Here are the details to Henry’s guard passing seminar that has been Blowing EVERYONE’S Mind!

You really only need to understand one basic concept to pass any guard, any time.

Why not try to memorize techniques?

Because there are literally thousands of different variations of guards.

And even if it were, it wouldn’t be worth your time.

Here’s a better way: learn one simple concept, and how to apply it, and dismantle any open guard put in your way.

I know that might sound hard to believe, but it’s true.

I’ll even show you screenshots of what Henry’s students are saying in his private coaching club online to prove it.

There’s a reason why 844 BJJ Black Belts from ALL Around the World are Hidden Jiu-Jitsu subscribers.

And in these three seminars, Henry will show you how his unique style of passing works, which has been nicknamed “Avalanche” passing by his students.

And Henry will show you specific examples of how he applies this knowledge to the following common open guard techniques, to make sure you get it:

And even more is covered in the over 130 minutes of Question and Answer videos.

NOTHING is left out.

Also, there’s a simple drill you can do from the mount that makes this all suddenly make sense.

The interesting part is: this drill doesn’t use your arms at all.

This drill lets you get a perfect feel of this whole strategy, and begin to ‘feel’ how to pass people’s guard as you drill. When you go live and add in your arms, you will literately fall in to people’s side control.

By the time you’re done watching these videos, you will understand more about how to effectively pass the guard than anyone you know, or have learned from.

We know because Henry has been on a massive seminar tour the past couple years and one of the things he’s been most shocked by is how this information simply isn’t being taught anywhere else!

Henry has taken his 25 years of practice and experience and distilled guard passing down to one simple to understand concept based on physics and body mechanics and teaches you how to apply it in these seminars.

And he has changed the game.

Imagine what it will be like, after you’ve taken the time to practice this mind-blowing knowledge, and you can easily, nearly effortlessly, pass any open guard put in front of you.

In fact, it will be as easy as relaxing your body and falling on your opponent, because that’s exactly what you’ll be doing.

There’s a little more strategy to it than that, but… honestly, not much.

Just a few key things to understand, and a few drills you’ll need to practice to be able to apply the concepts when you’re actually fighting. (Without understanding and practicing these drills, you’ll probably just get swept and think it doesn’t work.)

Don’t be surprised, if you really put the time into developing this guard passing style, you will quickly build a reputation as a guard smasher.

People are doing things they didn’t think were possible, and everyone at their gym is noticing. We get stories like that from people writing in every day .

Henry Akins began training in Brazilian Jiu-jitsu in 1995 at the Rickson Gracie Acadamy on Pico blvd in West LA. … Henry then took over the school and became the main instructor there until 2008 when he was forced to stop due to a back injury.

Henry Akins began training in Brazilian Jiu-jitsu in 1995 at the Rickson Gracie Acadamy on Pico blvd in West LA. … Henry then took over the school and became the main instructor there until 2008 when he was forced to stop due to a back injury.

Shortly after he started he became the secretary at the acadamy and was spending 70 hours a week there watching and participating in all of the classes. In 1997 the school moved to the Pacific Palisades where Henry trained and assisted main Instructor Luis Heredia and also participated and trained in all of the classes taught by Rickson. During these years Henry had the opportunity to train with Rickson and help him prepare for his fights in Japan. In 2000 the acadamy moved again to Wilshire blvd in West LA. By this time Henry had begun teaching many of the classes at the school.

In Feb of 2004, because of his persistence and dedication to the fundamentals and philosophies of Jiu-Jitsu, Rickson Gracie presented Henry with a blackbelt, being only the third American at the time to receive that honor. Henry then took over the school and became the main instructor there until 2008 when he was forced to stop due to a back injury. Now Henry is the head Jiu-Jitsu instructor at Dynamix Martial Arts and although Henry is no longer affiliated with Rickson Gracie or his association, he feels blessed to be able to share this art with others and to pass on the knowledge that was taught to him by the greatest Jiu-Jitsu practitioner ever.