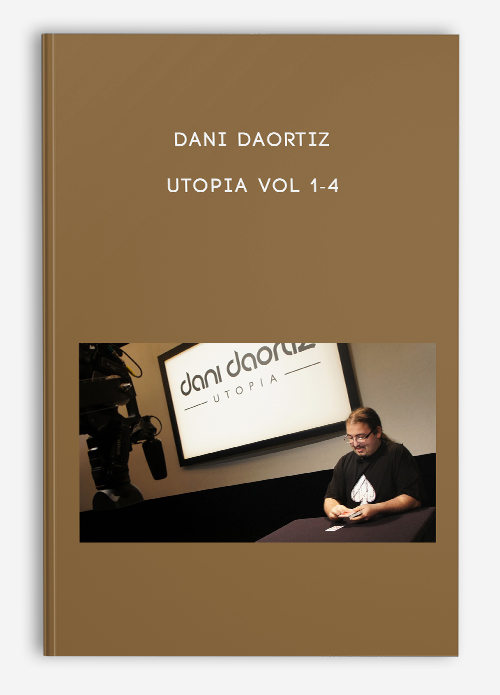 DAN & DAVE: “His display of freedom and ease with a deck of cards creates a spirit of wonder every magician should strive to achieve.”

DAVID WILLIAMSON: “Dani is not only a product of the “Spanish School” of card magic, with masters such as Ascanio and Tamariz as his influences, he is also the product of the ethereal mixture of biology, psychology, stardust and unicorn tears that produces genius. Two of my favorite magicians were Albert Goshman and Del Ray. They had the ability to connect with an audience through their magic on a basic emotional level. There was an honesty in their work. Their ingenious methods, impeccable technique and their irresistible characters were intertwined to create a whole experience greater than the sum of it’s parts. I can think of few performers today who rise to that level. Dani is one. His performances seem spontaneous, his miracles real. An audience feels that they have been treated to a unique experience, not an over-rehearsed stale presentation. To watch him with a live audience is a lesson in what close up magic ought to be, an imitate shared experience of miracles and humanity. His casual style disguises his deep understanding of fundamental magic principles and applied psychology. Any student of magic, at any level would do well to pay close attention.”

In this first DVD, Dani shows off his world class professional act, complete with in-depth explanations.

Performance and Explanations:
Numerical Match
I Do not Remenber
MathMagic
Oil and Water (by Chaos)
Aces Why?
Horizontal Open Triumph (version 2011)
The One
Triple Intuition

Interview About the Show

A DVD that covers the 4 main fascinations of Dani DaOrtiz: Letters torn and restored, Perception, Management Hofzinser double letter.
In each of its fascinations, Dani DaOrtiz stops to explain games and ideas, thus showing why it fascination with this topic.

About the Fascinations Interview

In this fascinating DVD, Dani shows us a host of psychological, used from the viewpoint of espectaor itself to transform a simple puzzle in a miracle.
Attitude, reaccciones times, perceptions, timming … especially among ideas, subtleties and games.

Force Classic
Introduction
Rhythm
Focus
Atitude (A, B and C)

Interview About the Psychology

Eight semi fascinating effect. Although the effects are extremely simple, Dani proposes to call them, because a large part of the game should carry the personality of the magician. This makes use of these games to explain the importance of the magician. In addition, the games were not chosen at random. Effects extremely strong, despite being semi-automatic can be made ​​instantly provided with a deck.

Interview
I Do not Remenber
MathMagic
Oil and Water (by Chaos)
Aces Why?
Horizontal Open Triumph (version 2011)
The One
Triple Intuition

Interview About the Show Juan Tamariz – Magic from My Heart