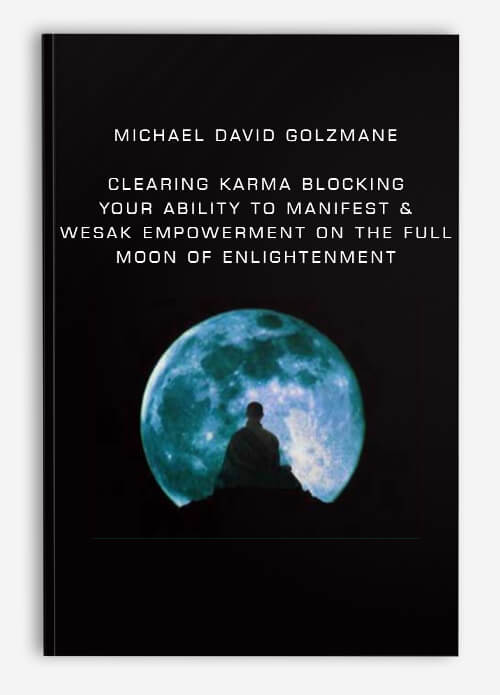 Get Clearing Karma Blocking Your Ability to Manifest & Wesak Empowerment on the Full Moon of Enlightenment by Michael David Golzmane at Salaedu.com

The power to manifest our desires on Earth depend largely on how receptive we are to Divine Energies, and then how willing we are to allow those Energies to inspire us into co-creative, non-resistant grounded action.

We aren’t fully receptive, not because we have any lack of wanting more good in our lives!  We often aren’t fully receptive because we have accumulated fear-based reactionary programming over the course of many lifetimes, and that accumulation makes it harder for our sincere desires to actually be “heard” and answered by the Universe now.  That reactionary programming is called karma, and at every opportunity, for as long as it’s operating in your consciousness, it continually needs to be cleared.

This particular full moon is known as Wesak, which is the traditional date on which the Buddha was born, later reached enlightenment, and on the same date later in life, eventually transitioned into the non-physical.  The date is symbolic of the enlightenment process itself, and is filled with available Divine Energy to empower our fuller understanding of Spirit. When celebrated with spiritual clearing and activation work, the energy of this day can propel us forward into a Higher Consciousness of Spirit for the new year ahead, and beyond.

This date also coincides with the symbolic birthday of the ancient Archetypal Being known as Muruga, whose energy destroys dark forces that block spiritual and material progress, and that ordinary human consciousness cannot eliminate on its own.  An Archetype’s birthday is determined by precise astrology, and is the most essential day of the year to connect with that Being’s Consciousness, and to receive his blessings.

Muruga’s birthday is indicated astrologically when the full moon aligns with the star known as Vishaka, setting the stage for those who take advantage of spiritual clearing work at this time to defeat negativity of all kinds, multiply abundance, overcome negative emotions, and specifically to “manifest what you seek”.

During this clearing, we will:

After we clear “higher” blocks to enlightenment and to allowing in a higher vision for your potential, we are then going to work with 6 classic Muruga temples and powerspots, each of which represent his “Divine Abodes” and that correspond to specific empowerments of your first 6 chakras.  These 6 temples are literal physical spaces in modern India, whose energy we will be invoking to aid the depth of our clearing.

We do this work so that you aren’t simply doing disembodied ascension work in higher realms only, but so that you can also sense Divine Consciousness sustaining your human potential to manifest your divine purpose here and now, on Earth.

Here are the 6 classic temples we will be working with in this section of the clearing, to help bring “down” the Divine Energy into your body and physical world:

The use of these ancient essential Muruga powerspots in clearing work is said to: