Acting and How to Be Good at It by Basil Hoffman 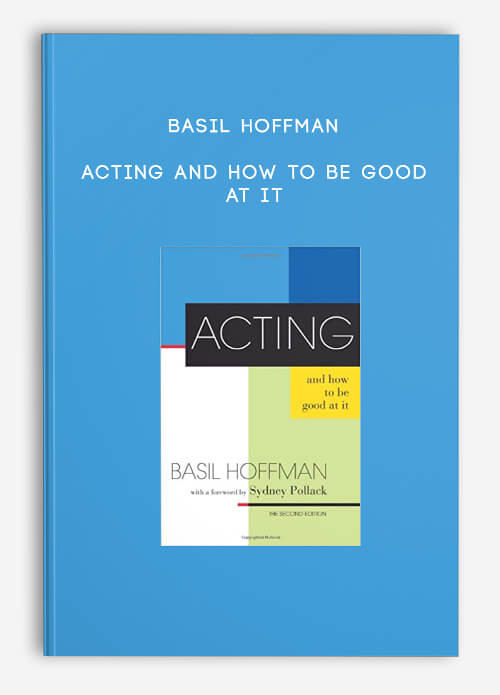 Acting and How to Be Good at It by Basil Hoffman

Get Acting and How to Be Good at It by Basil Hoffman at Salaedu.com

This authoritative and ground-breaking text teaches the serious student of acting a proven, comprehensive and effective approach to the craft and to character development. Through revealing, behind-the-scenes anecdotes and practical exercises, the veteran character actor guides readers through his unique, direct approach to recognizing and understanding human behavior, leading actors to discover and demonstrate the specific, individual humanity in every character.

The broad scope of Hoffman’s experiences has given him a special perspective that simplifies, demystifies and illustrates, in specific and easily understandable terms, the acting experience, not in theory, but as it is practiced at the highest levels of the industry. Includes: 100 specific questions and answers from Hoffman’s acting classes * Fifteen production photographs of Hoffman’s work in scenes from select films and plays.

GB The Best Books on Acting Other books:

D. W. Brown – You Can Act!: A Complete Guide for Actors

Scott Sedita – The Eight Characters of Comedy: A Guide to Sitcom Acting And Writing

Basil Hofmann – Acting and How to Be Good at It: The Second Edition

Anne Bogart – And Then, You Act: Making Art in an Unpredictable World

Eric Morris and Joan Hotchkis – No Acting Please: A Revolutionary Approach to Acting and Living

Sam Kogan – The Science of Acting Complete Works in Spanish and English by Brendon Burchard