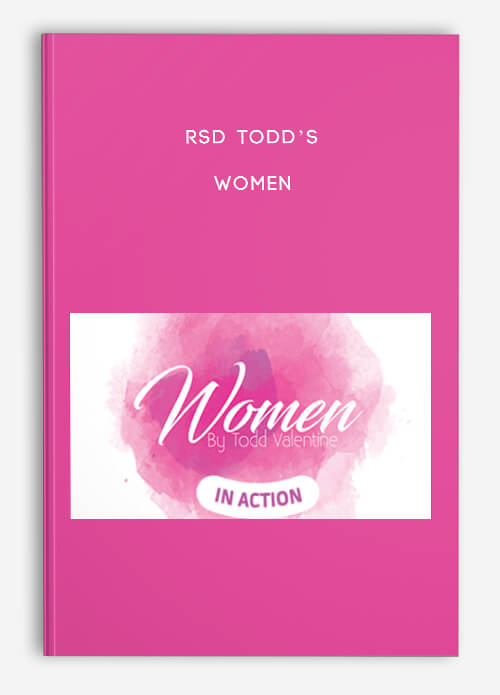 Get RSD Todd’s Women at Salaedu.com

I’m really disappointed RSD fired Todd Valentine from their executive coaches. There are a lot of rumors going on, on why Todd was fired.

Todd made a lot of programs for RSD, and this is how RSD repay him. I know RSD is a company but giving only 30% for someone who originally made the product? That’s shit.

Anyhow, I have Women by Todd and if you’re interested hit me up.

“Opening is the tone you set everything that comes later.

Focus on the tone.

Don’t just sit there and be entertain. Think the video. What’s he doing? We is he doing well?

Overall Strategy when opening and game: You’re job is to convey your personality as quickly as possible. If a girl see you on something you’re good at and you’re not trying to impress you she will be attracted to you.

She watched you excelling at something you good at, you’re work she will love you.

Opener sets tone: When you open well, everything gets well.

Pre-Open: Social proof. Be seen on stage, talking to girls, talking to guys. You don’t want to be seen by girls lurking in the corner.

Chode is a lame pathetic behavior that will never lead to sex.

Before opening have a clear and blank mind. Don’t plan what to say.

Appearance of Spontaneity. Go Immediately.  I’ve never done this before but I’m perfect at it.

I never approached a girl before but somehow I’m confident. You want to believe it is natural.

Every single approach is different. Adjust. Calibrate. You cannot do the same thing with all of the girls.

People run away from things that chase them. If you’re approaching from behind, plant your field and then tapped her.

If you’re in the front, slow down and stop.

False Time Constrict: Say I am limited in time. I have to go, but I have to talk in a bit. It’s your time constrict not hers. Not, please, please… If she is in a hurry say this so she could relax.

Opener + 20 seconds: You can open with anything, it’s the next twenty seconds that matter.

If you don’t carry the burden, it’s not going to work. Assume the burden of the conversation.

Direct or Indirect: What kind of interaction you’re looking at?

Which are you best at?

Direct: Man to woman, sexual, easier to be sex. Downside: You’re asking them to get the decision. You will blow a lot of women off.

Indirect: Playful, flirty, hands off me, get to know the person.

You should be sure women will mate you, it’s the truth. If you have the right frame, it’s hard to have the wrong words.

Adjust for the girl.

Woman, fake boobs, laughing louder in a club- Approach with high energy. Be a badass

Girls will tell you how to have sex with you.

Opener: Spontaneity. You’re good enough and you’ll come up with it.

I believed I belong.

Girls are the same with bounces. Hot girls are supposed to reject to the guys that talk to them. If they didn’t, they will spread their legs all the time.

Don’t escalate when things are going badly. I didn’t seat down beside her immediately.

Doesn’t mean a set go bad at first, doesn’t mean it will not go well later on.

Make your brain work for you.

Always have something to say practice: `Yes, and…. `

You’re shit. Yes, and I think I’m really the shit.

Use women’s answer for something. It can be teasing the girl.

Tell a story from what she said.

Hook: She’s working something to make you stay.

It is not just one thing. It’s a series that happen. The process for her: Focus, Relevant, Emotions, Decision

Relevant, does she care about the conversation or you? Talk about them. Talk about you and them.

Emotions, dance, move, attach to her ego or validation

Focus, get her attention

Arrogance, get an arrogant frame that if true would lead to sex. Frame you’re attractive is good to begin with. You like her but find out if she’s up to your caliber is one of those good things.

Escalate, once you pass, escalate.

Ignore it if you can, sometimes you can’t. If one of her friends made a comment, ignore it.

Some statement: Yes, I have no response to that can we be normal now? Can we have real conversation?

Say, sex with me is like…Sex is me is like roller coaster, you moved up and down and you get off.

How do you feel about this car sales person? You will not want to stay.

Most guys in set, there are like the car sales man who refused to talk about cars. That is why most men talk about girls. You talk everything except sex. You have to get to the point.”””