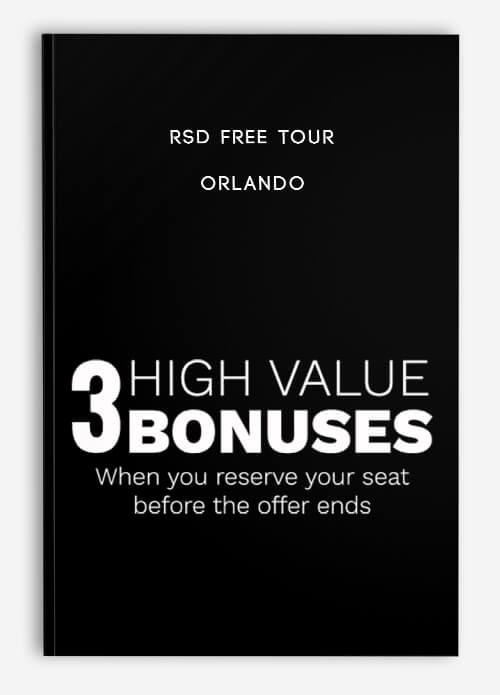 (And Most Likely Coming To Or Near YOUR Town)

This is one of the craziest things I’ve done in my life, so have a read down this page and I’ll give you the scoop.

A few years ago Nick (Papa of RSD) and I got the idea to create a totally free program that would allow you to experience a Real Social Dynamics live event no matter where you lived in the world.

The stated goals for this program were the following’:

To fill your head with so many bleeding edge ’RSD in house secrets’ on success with girls, social dynamics, and self actualization that you left with your head spinning in disbelief.

(Ideally unable to sleep properly, and feeling like you’re going to vomit’in a good way!)

To entertain you, shock you, amuse you, and basically just make it the wildest ’blast dose’ of learning you’ve ever experienced.

To leave you with significant and tangible improvements in your life, so that you could look back at the Free Tour event you attended as something that was valuable and profound.

Now to run a tour of this magnitude was like solving a puzzle of transportation, time, budgeting, and logistics, because we wanted hit every major city in the world.

But that’s exactly what we did!

Within 2 years we successfully ran RSD Free Tour events in over 260 cities in 75 countries, which was nearly every major ’developed’ city that exists and isn’t a crazy war zone.

Personally I was amazed to see Nick (Papa) and the team pull this off, and as I read the pile of raving reviews I secretly wished I could be traveling on the road doing the Free Tour events as well.

(It was simply a lack of time and having a family at home that prevented me from getting involved.)

Well finally after years of wanting to do it, last Spring I was able to start up on a Free Tour of my own, and designed a new curriculum of our best content, exercises, and infield video footage to BLOW PEOPLE AWAY at the free event.

I then travelled to several cities a month and focused on making every event better and crazier and more intense. The reviews were super enthusiastic as I exerted a lot of effort into it, and the event grew into something powerful for students and me personally.

Well finally this month, after all the crazy work that went into building the ultimate free event, I ran out of cities and was honestly feeling bummed out about it’

This was a big decision as it means leaving my newborn son back in Los Angeles for periods of time, but I felt so strongly about the awesomeness of this program that I wanted to do a final series of events.

That being the case, I’ve recently added a FINAL FULL YEAR of Free Tour events, and the Free Tour will basically be my full focus for the entire coming year of my life.

My goal is to make this the craziest thing I’ve ever done. EPIC.

I’ve committed to every event possible within proximity to me, and then to allow people in Europe and Canada to get in on the action, I’ve also arranged for the exact same Free Tour 3 curriculum to be taught by other big name instructors (Madison, Derek, Luke, EV, Maze, Jeffy, Papa, Ozzie, Max, and Julien).

(These guys are absolutely awesome. I’ve brought them into my inner circle for important reasons ’ they’re the best of the best, and inspirational to everyone they meet.)

The dates are listed as follows, so check right now to see if your city (or one you’d like to visit) has made ’The List’.

The Free Tour is about YOU and YOUR EXPERIENCE.

It’s my own personal challenge to educate you, entertain you, mess with you, and reveal secrets to you that will change your life forever, as much as is possible by the laws of physics within the few hours that I have.

To do this I unleash an arsenal of tools onto your vulnerable brain’and TRANSFORM IT.