NO KURTKA SAMBO by REILLY BODYCOMB 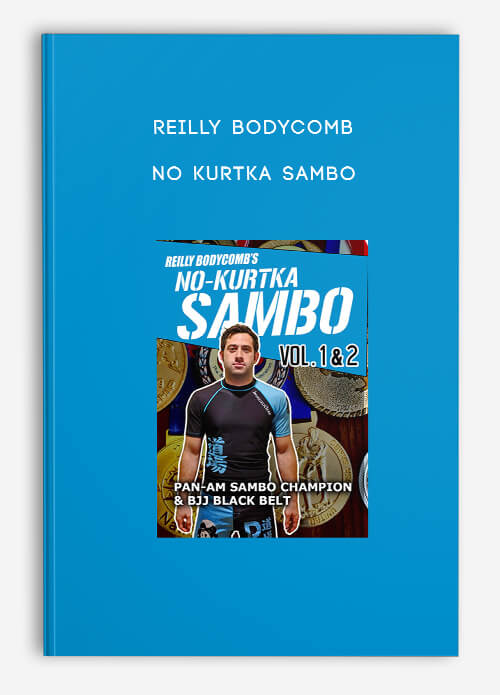 NO KURTKA SAMBO by REILLY BODYCOMB

In the early 20th century the former Soviet Union sought to create a unified hand-to-hand combat system for their military. This new art was called Combat Sambo (Боевое Самбо) which is an acronym in Russian meaning “Self Defense Without Weapons.”

Since its inception, Sambo has evolved considerably. Including an internationally practiced wrestling-based sport, as well as a competitive version of the original combat art, Sambo is no longer relegated to just the military. Both of these sports are practiced with a jacket similar to a Judo-gi called a “Kurtka.”

In this two-disc set, Reilly Bodycomb (Sambo Champion, Pro MMA Fighter, and Submission Grappler) will show an adaptation of Sambo principles and techniques for the modern submission grappling environment. The method he employs is a natural evolution of the Combat Sambo techniques taught to him by Stephen Koepfer (Combat Sambo Master of Sport, President of the American Sambo Association), who developed his teachings from principles taught to him by Alexander Barakov (Sambo Master of Sport, former Soviet Navy Sambo instructor).

In the first volume of this two part set, Reilly Bodycomb goes over his approach to implementing takedowns, throws, and dynamic submissions in a no-gi grappling environment. Included in this download are the following techniques:

In the second volume of this two part set Reilly Bodycomb shows an intricate and concise details on applying and defending leg locks from the ground as well as armbar grip breaks and takedown counters. Subject matter includes:

1 review for NO KURTKA SAMBO by REILLY BODYCOMB