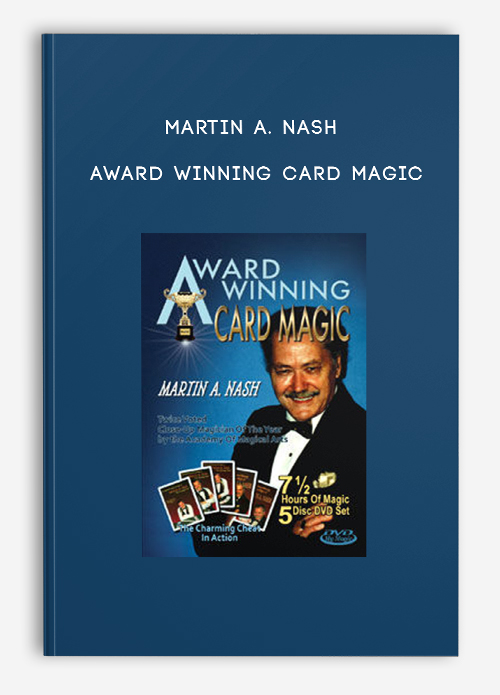 Get Martin A. Nash – Award Winning Card Magic at Salaedu.com

Martin A. Nash, who was one the most popular performers to appear at the Magic Castle’s Close-Up showroom, is also considered one of the most entertaining magicians with a deck of cards.

On this five-volume DVD set you will experience his performing persona as “The Charming Cheat” and relish at his exceptional technical ability and flair for engaging presentations.

Martin thoroughly explains each trick, technique and routine as well as giving many professional touches that can elevate intermediate and advanced card magic to its highest level.