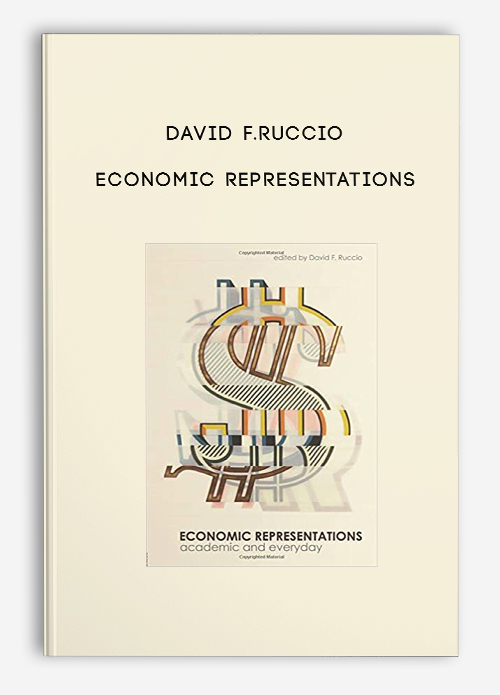 Why is there such a proliferation of economic discourses in literary theory, cultural studies, anti-sweatshop debates, popular music, and other areas outside the official discipline of economics? How is the economy represented in different ways by economists and non-economists?

In this volume, scholars from a wide variety of disciplines and countries, from inside and outside the academy, explore the implications of the fact that the economy is being represented in so many different ways. They analyze what it means for scholars and activists in trying to make sense of existing representations-theories, pictures, and stories – of the economy. They also show how new representations can be produced and used to change how we look at and participate in current economic debates.

By encouraging the mutual recognition of existing approaches and exploring the various ways economic representations function in diverse venues within and beyond mainstream economics, Ruccio has produced a book that is relevant to subjects as diverse as economic sociology and anthropology, political economy, globalization and cultural studies .

What a great idea! Instead of simply grousing about how the conceptions and preconceptions of mainstream economics prevail, David Ruccio and his collaborators not only show that professional students of economic life see it through many different pairs of glasses, but also that the professionals’ views fall far short of exhausting the richness of available representations concerning production, consumption, distribution, and transfer of assets.

Viviana A. Zelizer, Lloyd Cotsen ’50 Professor of Sociology, Princeton University, author of The Purchase of Intimacy.

If it is agreed that standard economic representations do not do justice to the complexities of the new economy, how else could we represent an economy that is more about symbols and the production of meanings than about the production of goods and services? This book begins the exploration with great imagination showing how much is gained from encounters with other disciplines. It sets the agenda for the much needed reevaluation of economics as a science

Arjo Klamer is professor of cultural economics and dean of Academia Vitae, the Netherlands

David F. Ruccio is Professor in the Department of Economics and Policy Studies at the University of Notre Dame, Indiana, USA and editor of the journal Rethinking Marxism.