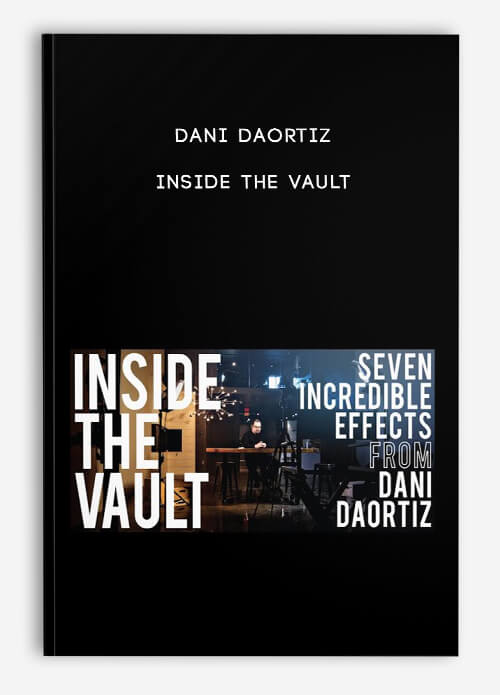 Get Dani daOrtiz – Inside The Vault at Salaedu.com

He walked into the studio. 30 minutes later our jaws were on the floor.

This man’s knowledge and ability is unparalleled.

DaOrtiz has a certain amount of material. Some of it he’s released.

But there is more he keeps to himself, much more.

After many talks back and forth, we convinced him to part with a bit of it, allowing you to get inside this new vault for a look around.

7 unique effects that can be performed by themselves, or strung together into a hit making routine.

You’ll learn how to:

• Precisely predict a single card handed to you under the table.

• Reveal a card at any random number, without a stack or force.

• Have 3 spectators freely stop at their thought of cards.

• Match the position of a thought of card in 2 shuffled decks.

• Produce a freely chosen card in any manner they choose.

It’s not the particular method of the effect that makes his performance so strong. But these simple tricks are filled with nuances that convert them into miracles.

Dani’s tips of forcing and timing are worth the price of the project alone.

As a student of Juan Tamariz, Dani’s attitude to card magic has been shaped extensively… because of this he’s 5 steps ahead of you at any given moment, which is a huge part of the secret to his performance.

These are tricks that you never knew existed. Now you’ll know HOW.

1 review for Dani daOrtiz – Inside The Vault