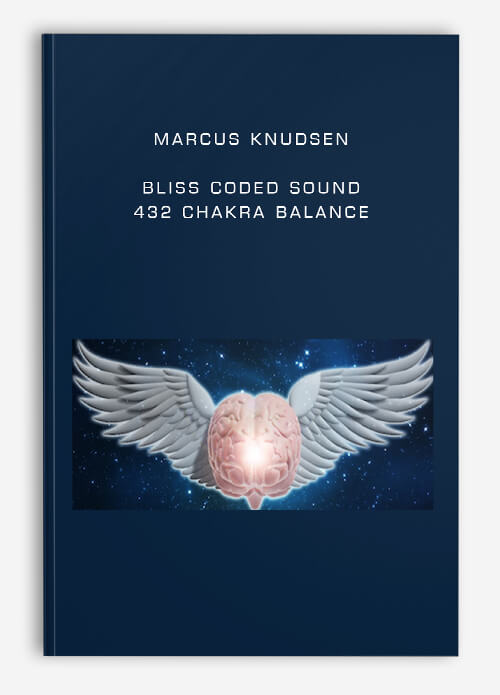 7 minutes from “432 Chakra Balance”, the full 50 minute version goes through the entire chakra system. You also get a free 25 minute bonus track.
Read more about the chakra system here.

GET IN TUNE WITH THE COSMOS AND BALANCE YOUR CHAKRAS
The standard instrument/concert tuning is A=440 Hz. Pythagoras talked about the “music of the spheres” where instead 432 Hz was the correct tuning. We find the “432” everywhere, from planets, biology, to natural and cosmic cycles et.c. The current 440 hz tuning is not related to such things at all. It is now discovered since a couple of years how to correctly tune the chakras where the 432 Hz turns out to be the crown chakra frequency and the other chakras line up perfectly with this tuning scale. A scale our music should be tuned to, but isn’t anymore.

I’ve been researching this field and unlike most things, this turned out to be something very real, that actually works so good that I’m afraid to express myself about it because you might think I’m exaggerating.

I am honestly really excited about this!

432 HZ WEAVED INTO THE COSMOS
Pythagoras
Pythagoras (570 – 495 BC) was a greek philisopher, mathematician, astronomer and scientist. Credited for originating the “music of the spheres” theory which states there are musical intervals (mathematical ratios) found in the distances and sizes of the planets and how they moved around one another. Gave name to the the Pythagorean Tuning scale which turns out to produce the A=432 Hz! “But how did they tune instruments in a precise way when they didn’t have tuning forks or even sound measuring?”. They still had math. They could take a certain material for a string, or for a tube and give is a precise tuning by cutting it very precisely and then making it sound. Also, keep in mind that the Pythagorean Tuning scale is mathematical. Even if it would be hard to tune instruments exactly down to what is 432 Hz today, 432 Hz was still mathematically the tuning scale they went for and which we can use today.

432 seems encoded into the very workings of the cosmos.

‘If you want to find the secrets of the universe, think in terms of energy, frequency and vibration.’ ― Nikola Tesla

Ancient Egypt
According to Ananda Bosman who is a international researcher and musician, archaic Egyptian instruments that have been unearthed are largely tuned to A=432Hz.

The original stradivarius violin
Was designed to be tuned to 432 Hz.

Overtones
Jamie Buturff says “432 Hz tuning touches the full 12 scale octave overtones of all music in creation. 440 Hz only touches 8 octave overtones, leaving out a complete section of resonances of the universe”.

Golf balls
Several decades ago when Nike wanted to come up with the optimal golf ball they input all the various parameters of golf ball design into a computer. The result was that 432 dimples gave the least air resistance and most distance. They understand this gives the optimal harmonic performance. The ball used by Tiger Woods today.

et.c
These are just extremely few examples of what you find when you look into the 432.

STUDY SHOWS AMAZING EFFECTS
As mentioned before, Jamie Buturff found that Tibetan monks used 432 Hz tuning in their hand-made tuning bowls for chakra tuning. Jamie measured the Tibetan singing bowls using a Korg tuner and discovered that the bowls were harmonic to the 432 music scale. But even before this, Jamie already had come up with these same frequencies. This confimred his own conclusion. The ears are connected to all of the meridian points and all of the chakras simultaneously. This is why it works playing these frequencies as sound through headphones or speakers.

In 2011 the Centre for Biofield Sciences in Pune India concucted a study based on research and the 432 Hz based chakra sounds by Jamie Buturff. You can read the study here. Their study concluded that from playing these tones to the participants in the study, their mental and physical health improved drastically during a period of only 7 days from only listening to each frequency a couple of minutes.

The Tibetan chakra bowls were found to resonate completely with the 432 Hz scale.

EVEN PURER THAN TIBETAN 432 HZ BOWLS

When there is a human factor involved in creating an instrument, like in this case